We still in the process of finishing the Primary Mathematics 5A. This round we learn about area and perimeter, base and height, geometry, and ratio.

In area lesson, we learn about how to find the area of the object. There some different sharp that we learn about such as square, rectangle, triangle, 3d abject and also mix shape. A four size shape is really easy to fi 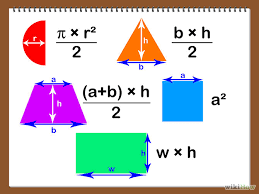 Technology is the focus of Multimedia class.

The Girl Who Hates

On a really sunny day, a mysterious girl walks into the house that people said it hunted. She sits a seesaw and sing. No want to know what she is doing there. The first day she walked in she sings, the second day she walked in she read, the third day she walked in she laughs, the fourth day she walked in she cries and know want to know why? Everyone gather together and talk about her, and a woman live near that house said that she comes from Canada and she lives with her scary aunt name Kim and she here to visit her house. Everyone starts to wonder why she is really strange. The last thing that she did in the house which day five is saying go bye and disappear.No one know why she is here or where she went or even her name. The next day is October 31 she appears to be in that house having fun. In just a blink everything changes the beautiful white house turn black cover with blood. On the roof people see bat and rat flying and running around. The gate turns black with some bloody red stain on and there a statute of a black cat on the side of the entrance. Everyone runs back home and on the table of every house have an invitation to go to Halloween. Everyone just realizes that it the 31st of October the Halloween day. In the invitation is said that everyone has to be there. After the party end, people ask her who is she. Everything had revile. She not a ghost but a vampire, she doesn’t drink blood, she comes here because she hate everything accept this house and this place. She hate herself that she born as a vampire. She hate herself that she don’t have any friend. She hate herself that her parent is not with her they die when she born. She hate herself that she live with her scarey aunt. She hates herself that she hate herself. She come to live here alone she wants to explore herself. The girl still did not reveal her name but everyone love her because she is nice and kind. Then the girl lives happily ever after.

In my whole school year, almost everything is included technology. So this round we also learn about photography skill. We learn about the camera setting, How to attach the mic to the camera, the type of shot and how to make your photo look good. We’re doing a lot of fun activity such as picture scavenger hunt, play around with the mic and the camera and other fun activity.

Liger Leadership Academy students are English Language Learners. They have been immersed in English since arriving at Liger, We pride ourselves on prioritizing process over product. Please excuse any English errors as part of the learning continuum our students have taken over the years. 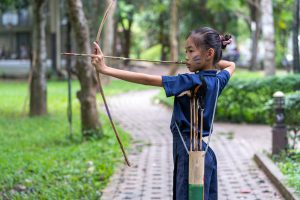 I am Panha. I am 12 years old and I am a student at Liger leadership academy. I born in Kampong Thom province in a city call Steung Sen. I live with my lovely families. My mom is working in Phnom Penh so when I got a scholarship to Liger we got to stay near each other. I live in Kampong Thom with my grandma, grandpa, my aunt, my uncle, and my brother.

I have had a lot of experience in speaking English and communication it all starts when I come to Liger. I love swimming and karate. I learn karate for a year or less. I am at white belt.

My life has changed a lot since I got a scholarship to Liger. I got to explore more thing and learn new thing that I never known before. Liger teaches us to a change agent for our country and I believe and can make a difference for my country.

I Love my self.